When it comes to interesting architecture,  Europe will always be part of the list for its unique architectural styles. From medieval buildings during the olden times to advanced innovative modern designs, there is always something to see in this part of the world! Check out this list of some interesting buildings portraying European architecture extremely well: 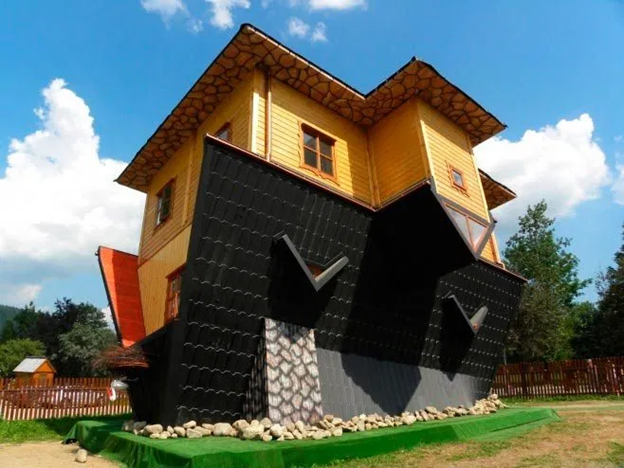 Just like the name itself, everything in the house is literally upside down. From photo frames to chairs, everything is placed upside down – even the toilet bowl! Here’s a fun fact about how long it took to construct this house – the project took longer than expected to be completed due to the unusual angles and design that makes the workers disoriented, forcing them to take frequent breaks. The ceilings and floors appear to be smooth and clean as a result of the works from the random orbital sander, even though the building has been around for many years, with thousands of visitors flocking by every year. 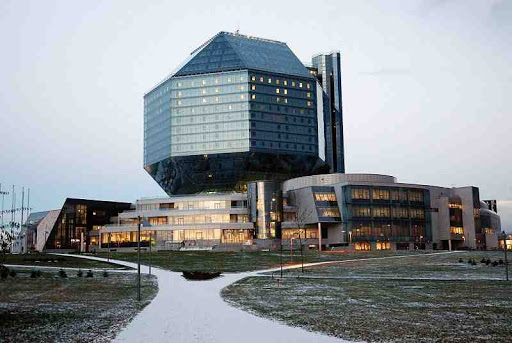 Standing at 72 meters tall, the National Library in Minsk resembles a glowing orb at night that houses over 8,6000,000 items consisting of books and media in different languages. The 22-floor building consists of 18 square faces alongside 8 triangular faces in the shape of a rhombicuboctahedron, an unusual geometrical shape. Visitors could also head up to the roof to get a fantastic view of Minsk at the viewing platform. Aside from its architecture, the National Library in Minsk is also known for being a well-equipped Russian library with an extensive selection of electronic information resources. Tilted at an angle of 45 degrees, the abnormal architecture of residential houses, also known as Cubic Houses, built along the roads of Rotterdam is not something you can find anywhere else in the world. The structure of the Cubic Houses is built with triangular roofs that represent a treetop, resembling an abstract forest. Upon entering each of these houses, you will be faced with slanted walls instead of the usual straight walls. If you’re planning on staying around Rotterdam, Stayokay Hostel Rotterdam offers a place for you to experience living in one of these unique houses. 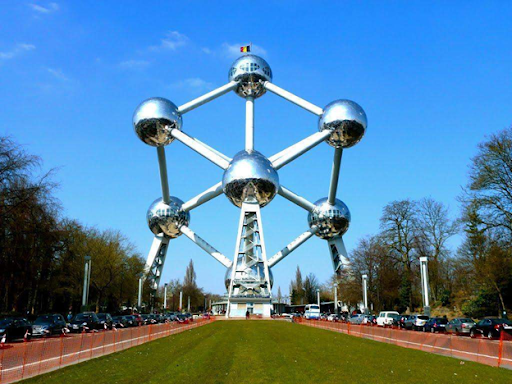 The Atomium wasn’t meant to be a permanent landscape in Brussels as it was originally built for the Brussels World’s Fair. Up to this point, it has become one of Brussels’ famous landmarks for locals and tourists alike. There are nine stainless-steel spheres connected by 20 tubes, similar to a “cell” representing an iron crystal that has been magnified 165 billion times more than its normal size. Visitors can walk around the tubes and spheres with an opportunity to get a magnificent 360° panorama view of Brussels. The Atomium stands tall at 102 meters high and weighs a total of 2,400 tons. 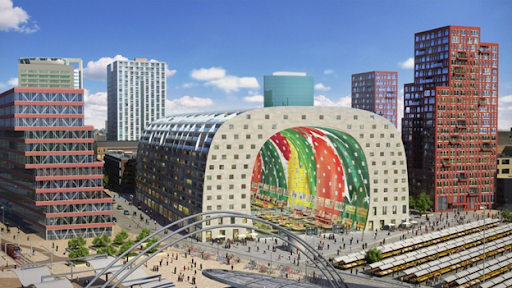 The Markthal is known for being a hybrid – the combination of a market hall and housing. The building has more than 200 apartments in which half of which are built with windows facing the market, as well as an indoor market hall that houses around 100 fresh food stands, 15 food shops and a wide variety of restaurants. The Markthal also has a supermarket and an underground car park with four levels situated below. What makes this building unique is how the luxury apartments are in the shape of a horseshoe, arched over the market, surrounded by a colourful interior.

Deemed as unique Russian architecture, the St. Basil’s Cathedral is famous for its colourful towers of various sizes with onion-shaped domes placed at the top. The entire building consists of 9 churches – a central church built in the middle commonly referred to as the Intercession, 4 churches aligned with the points of the compass while the other 4 are placed diagonally. The cathedral’s overall view is asymmetrical and appears to have a different appearance based on one’s standing point. 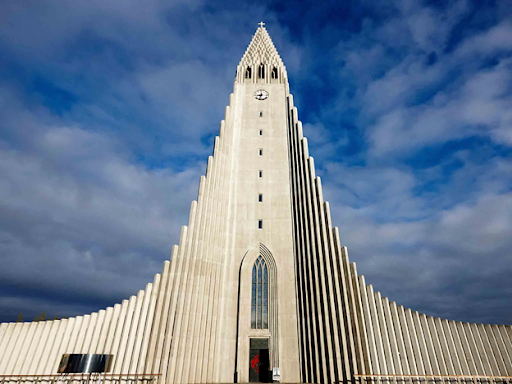 Inspired by the basalt columns, mountains and glaciers found in Icelandic nature, the Hallgrimur Church is the second tallest building located in Iceland. The minimalist interior and unique architecture design resembling a rocket are some of Reykjavik’s best landmarks. Visitors must not miss the observatory located at the top to get spectacular views of Reykjavik for a small fee.

What is Travel Insurance and Why You Should Consider To Acquire It?

What Are the Advantages of the Internet?

Thinking Of Starting An Online Business? Here Is Why You Should Start Now