Want A Private Island All To Yourself? Now You Can

If you ask someone what their idea of a dream vacation is, there is bound to be someone who says that they want to go on a holiday at their own private island. The appeal in the idea is simple enough, a whole island to call yours, for you to do absolutely anything you want there. Whether it’s relaxing and basking in the sun or hosting your own private party with your friends, you can do anything you want.

But prior to this, having your own private island to frolic in is a pipe dream, unless you’re filthy rich. But now thanks to the government of China, you no longer need to be filthy rich to enjoy a private island vacation of yourself.

Yes that’s right, the Chinese government is allowing you to rent your own private island. The islands are located in the Liaoning province, in the Northeastern part of China. The Liaoning province is home to a number of uninhabited islands which you can now rent, according to a statement released by the province’s local government.

According to a report from CNN, The Liaoning Finance and Natural Resources departments released a statement in July that went viral on Chinese social media. The statement listed “usage fees” for the uninhabited islands. 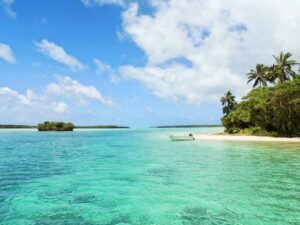 This basically means that the uninhabited islands in Liaoning can be rented, by anyone at all. And the best part? It is insanely affordable. According to local news reports, the leasing of the uninhabited islands starts from 3,700 yuan per hectare a year (RM2246.51), but can rise up to 24,566,591 yuan per hectare a year (RM14,920,200), depending on your plans for the island.

The price depends on a six tier scale, which ranks the island according to their ‘socioeconomic’ factors. The location of the island can also affect the prices, with some locations being way more expensive. Going for the cheapest price will mean that you can only choose the lowest ranking island on the scale.

But before you start packing your bags and planning your trips with your friends, there is a slight catch to what the Chinese government is offering.

According to the same local news reports, before you can rent out your own slice of an uninhabited island, you need to provide detailed plans to the government, and ensure that your plans don’t involve any sort of land reclamation and other approaches, mainly targeted to protect the environment.

This is probably a direct result of criticisms levied to China over their efforts to create artificial islands by dredging up land in the past. It’s known that these efforts by China wreaked irreparable havoc on the marine habitats and the marine wildlife it contains.

Any planned projects will also need to fall under one of the nine pre-approved categories by the government, which includes tourism, entertainment, agriculture, fishing, and others.

According to the state-run Global Times, as of now droves of lease applications have been made, and tourism and entertainment has been the most popular categories so far.

Yu Xingguang, a member of the Third Institute of Oceanography of the Ministry of Natural Resources has also made a statement on the status of the islands.

“The values of islands are carefully calculated after field research, and ecological factors, such as rare species, fresh water, beaches and other resources also have to be taken into account in the overall plan,” said Yu.