Travel: Famous Landmarks Throughout The World

A country will also be known by its landmark. A landmark is like a symbol to the country and it is also what makes them unique. A landmark is also a piece of attraction for tourists to come and visit the country. Visiting different countries’ landmarks can be very exciting as we can learn a lot about the country by its landmarks. Sometimes, the landmarks can be something from the past that symbolises them, or it can also be something new that shows the advancement of the said country. If you have a plan on travelling to various countries to see their landmarks, here is a list of some interesting and famous landmarks that you can go and visit. 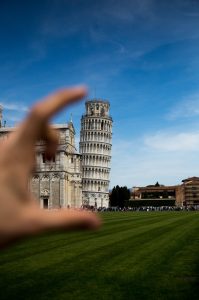 In Paris, France, there is a wrought iron lattice tower called Eiffel Tower as its landmark. The tower is named after Gustave Eiffel. This is because Gustav’s company is the one who designed and built the tower. The tower also holds the record of the longest tower in the world during 1889 until 1930. There are three levels for visitors in the tower. The first and second level have restaurants while the top level is the observation deck. You need to buy an admission ticket in order to enter the observation deck.

Stonehenge is a monument from the prehistoric times located in Wiltshire, England. Stonehenge consists of standing stones that are built in a ring formation. The stones weigh around 25 tons, seven feet in width and 13 feet in height. This monument is believed to be built around 3000BC to 2000BC by many archaeologists. Stonehenge is one of the most famous landmarks of the United Kingdom and is protected by the nation’s law. It is believed that Stonehenge might have been a burial site from the ancient era. This is because bones were found by archaeologists when they dug the area around the stonehenge. 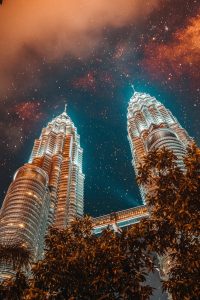 Petronas Twin Towers, or simply known as Petronas Towers, can be found in Kuala Lumpur, Malaysia. It is a famous Twin Towers. They used to be the tallest towers in 1998 until 2004, then they were surpassed by Taipei 101. However, they still remain as the tallest twin towers in the world. The architectural style is influenced by the postmodern islamic architecture, symbolising Islam as one of the religions in Malaysia. The twin towers now served as a tourist attraction and commercial offices.

5. The Great Sphinx of Giza

Sphinx is a mythical creature that has the body of a lion and head of a human. This statue is based on the mythical creature. The Great Sphinx of Giza is located in Giza, Egypt. The statue is also known as The Sphinx or Sphinx of Giza. The sphinx is believed to be designed for pharaoh Khafre. The sphinx is believed to be constructed, designed, and sculpted during the reign of the pharaoh Khafre. This is around c. 2558 until 2532 BC. This makes the statue the oldest monument in Egypt. 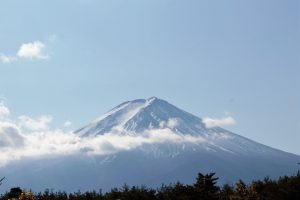 Mount Fuji is the highest mountain in Japan and is located on the island of Honshu. Mount Fuji is listed as Asia’s second island-located volcano in terms of height. It also is in the seventh place for the highest peak of an Island in the world. It is also an active stratovolcano. The last time Mount Fuji erupted was from 1707 until 1708. On clear days, you can see Mount Fuji from Tokyo! Mount Fuji is known for having a white snow at its peak as it is usually like that for 5 months every year. Famous illustrations and photographs of Mount Fuji have the white snow cape.

The Taj Mahal is a mausoleum with ivory-white colour. Taj Mahal means “Crown of the Palace”. You can find Taj Mahal in the city of Agra, India. Taj Mahal was built because the Mughal emperor Shah Jahan wanted to put the tomb of himself and Mumtaz Mahal, his favourite wife, together in a place. There is also a guest house and mosque in this mausoleum.