Japan has always been known for its innovation and eccentric nature. The country of the rising sun is famous for its technological advancements, culture and surprisingly, their potty behaviour! From high tech toilet museums to airport dog toilets, their bathroom culture has been a top priority. The latest addition to their toilet advancement is the new transparent toilets in local parks that surprised everyone with its conventionality and style. 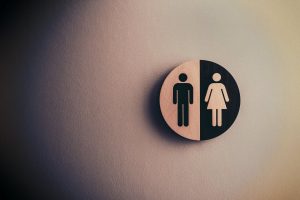 The first two sets of the transparent toilets are situated in Tokyo’s lively Shibuya district. Created by the architect, Shigeru Ban, their idea of the transparent toilet is to challenge our perception towards the public facilities. The statement on Tokyo’s toilet site says “ There are two things that we worry about when entering a public restroom, especially those located in a park. The first is cleanliness, and the second is whether anyone is inside.”

The way these public toilets operate is really unique. When the toilet is unoccupied, the restroom becomes completely visible from the outside through the colorful tinted windows. But when you step inside and lock the door the walls become opaque and are no longer visible to the public. There are currently two parks that have them installed, the Yoyogi Fukamachi Mini Park and the No-Ogawa Community park. Shades of orange, pink, purple, teal, green, and blue are currently situated in each park with each location providing the women, men, and multi use toilet.

The innovative architecture of the toilets are part of an initiative by the Nippon Foundation dubbed “The Tokyo Toilet Project”. The non-profit organization is planning to install 17 public toilets in Shibuya, all designed by prominent architects. 16 world-renowned architects, including four Pritzker Architecture Prize winners were tasked by Nippon with reimagining public restrooms and the results are truly eye-catching.

The public facility does not only provide a place for you to do your business, but also function as a decorative light as well. At night, the toilet emits colorful lights, creating a beautiful lantern-like-feature in the park. Drawing both local citizens and foreigners, they became a new hotspot for tourists to take pictures with the translucent toilets. The restroom truly captures Japan’s futuristic and aesthetically pleasing vibe, again showing how technologically advanced the country is. 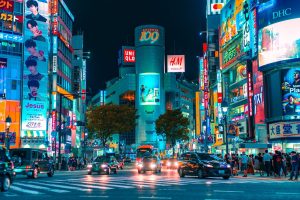 The project aims to alter people’s perception towards public restrooms. The architect says that he wants to demolish the preconceived-notion of how a public restroom usually is, dirty and unclean. So the architect created a transparent toilet where you can easily see whether the toilet is dirty or whether it’s occupied.

Some countries have tried innovating and creating their own version of a public toilet. Transparent toilets were already made available in Switzerland, appearing in 2002 and 2015. Unveiled in the city of Lausanne by designer Olivier Rambert, they had quite a controversial safety feature regarding the automated doors and turning the glass transparent after 10 minutes if the sensor’s did not detect any movement inside. Lausanne stated that the purpose of this is to help users who fell unconscious and require medical care.

The idea of transparent toilets are useful and adds safety for those that use them. These innovative restrooms can help to prevent the installation of tiny cameras, especially in the women’s restroom. South Korea for example, has been plagued by the amount of secretly installed cameras in public toilet stalls as well as changing rooms in shops and hotels. The problem became so serious that the government decided to appoint 8000 workers in 2018 to inspect the public toilets in Seoul.

According to the data published by the World Health Organization in 2019, about a quarter of the world’s population do not have access to toilets. For the World Toilet Day in 2015 in the US, a non profit organization installed a flushable toilet that is surrounded by one way mirrors looking out to Washington Square park, simulating the experience of relieving oneself to the public. 200 people tried out the stall over the course of the day some said that they felt uneasy from being seen even though they are not visible to the public.

In Japan, safety concerns have risen due to the toilet’s unique structure. Some would argue that human error might make it too easy for bathrooms users to unexpectedly expose themselves. The see through glass doesn’t help that much either, the transparent nature of the toilet might make it easy for an assailant’s attack as they might wait for you to come out at the door.

Japan: A Paradise For Anime Enthusiasts