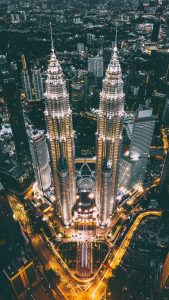 Museums had always been the place to store important and valuable artifacts and heritages from the past. Museums are also a place of attraction for a country. However, museums are getting less and less popular nowadays due to how youngsters are more attracted to advanced and technological amusements and attractions. However, you cannot deny the unique and mysterious attraction that museums can possess. For those who like to learn more about histories and enjoy a slow stroll while watching artifacts, museums can be their most favourite place. Therefore, here is a list of interesting museums that Malaysia has! If you are planning to travel to Malaysia, you are always invited to visit these museums.

In Kuala Lumpur, Malaysia, there is a National Textile Museum. The museum is free to enter and open from 9am until 6pm daily. The museum was originally built in 1905, but at that time it was not meant to be a museum. The building was meant to be the headquarters of what we currently know as KTM. The building’s purposes changed from one to another for a few past years. Then in 2010, it officially became the National Textile Museum. There are four textile exhibition galleries in the museum, which are; Ratna Sari gallery, Teluk Berantai gallery, Pelangi gallery, and Pohon Budi gallery.

Baba Nyonya Heritage Museum, or also known as Baba & Nyonya House Museum, was built in 1986 in Melaka City, Melaka, Malaysia. The one who built the museum was Chan Kim Lay. The museum is originally a large luxurious house built in 1896 by Chan Kim Lay’s great-grandfather. Baba Nyonya, is a term for Peranakan or Chinese-Malays people in Melaka. You can see the history of baba nyonya and the handcraft of their porcelains, furniture and woodwork in the museum.

If you would like a more advanced museum, then in Kuala Lumpur, Malaysia, there is a Museum of Illusions. The museum is open daily from 10am until 10pm. The admission price for mykad holders are RM35 for adults, RM25 for kids, and RM30 for students (with valid student cards). If you do not have a mykad, then the price will be RM10 more expensive for each respective category. As the name suggests, this museum exhibits tons of optical illusion with their artwork. There are many interesting galleries in this museum such as the mirror room, the infinity room, and vortex tunnel.

The museum is also built from a Peranakan home in Melaka City, Melaka, Malaysia. The Straits Chinese Jewellery

Museum was opened in 2012. The museum represents and exhibits the culture of Peranakan. There are tons of jewelry and furniture in the museum. The admission fee is RM15 for adults, RM10 for children (age 6-12) while it is free for children who are under 6 years old. The museum is open daily and the operating hours are 9am until 5pm (Monday – Thursday) and 9am until 6pm (Friday – Sunday).

If you are a fan of batik painting, then hop over to the Batik Painting Museum in Penang, Malaysia. This museum was opened in 2013, after going through 3 years of renovation. In the museum, there are about 80 batik paintings. This includes one of the earliest batik paintings that was done by Chuanh Thean Teng, or also known as Father of Batik Painting, in the 1950s. The admission fee is RM10 for adults and RM5 for students. The museum is open from 10am until 6pm daily.

In Kuching, Sarawak, there is a Kuching Cat Museum that was built in 1993. The museum was proposed by Sarawak chief minister Abdul Taib Mahmud and his wife Laila Taib. In the museum, there are four galleries. In the galleries, there are 4000 artifacts that involve cats. There are also paintings and memorials that are cats related. There is also a cat that is from ancient Egypt that was mummified. The admission fee is RM1 and you will also get a Kuching Cat Museum keychain. The museum is open everyday from 9am until 5pm.

You can find this museum also in Melaka City, Melaka, Malaysia. This museum, as you might have figured it out by the name, is originally built as an actual prison. In 1990, the prison was finally approved to be modified as a museum! The museum was later opened in 2014 and was launched by Yang di-Pertua Negeri of Malacca Mohd Khalil Yaakob. The museum features the basic rooms and equipment that prisons in Malaysia have. If you want to experience living in a prison, come and visit the museum! The museum is only closed on Monday. It is open from 9am until 5pm.

Want A Private Island All To Yourself? Now You Can